The Bauer Scale Factory and its region

The Bauer scale factory is located in the Berchtesgadener Land in the small town of Laufen on the border to Austria and the Salzburger Land. The Salzach, an Alpine river with its origin in the eastern Hohe Tauern, flows through Laufen. Laufen’s history is inextricably linked with this river and the salt shipping industry and owes its rise to the salt trade.

On the opposite side of the Salzach lies Laufen’s former suburb Oberndorf near Salzburg. In the “Silent Night Chapel”, which can also be visited in Oberndorf, Franz Xaver Brunner and Joseph Mohr composed the world’s most famous Christmas song “Silent Night, Holy Night”.
2018 stands for the year of the round birthdays, because “Silent Night, Holy Night” was first performed on Christmas Eve 1818 in the church of Oberndorf “St. Nikola” and in 1948 Josef Bauer founded the first and so far only scale factory in Bavaria.

Salzburg lies about 15 km south of Laufen. The capital of the Bavarian neighbouring republic of the same name is Austria’s fourth largest city, home to many sights and the birthplace of world-famous personalities, including none other than Wolfgang Amadeus Mozart. Today, Salzburg is an important trade fair and congress location with many trade and service companies and a strong tourism industry. The city is also known internationally for its Salzburg Festival.

The proximity to Munich, Vienna, the Adriatic Sea, the breathtaking landscape of the foothills of the Alps and the culinary hotspots of Bavarian-Austrian cuisine as well as the Bavarian cosiness make this area a very special place.

The city of Laufen – Home of Bauma 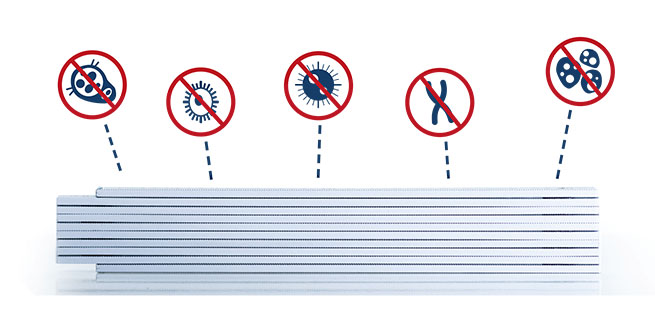